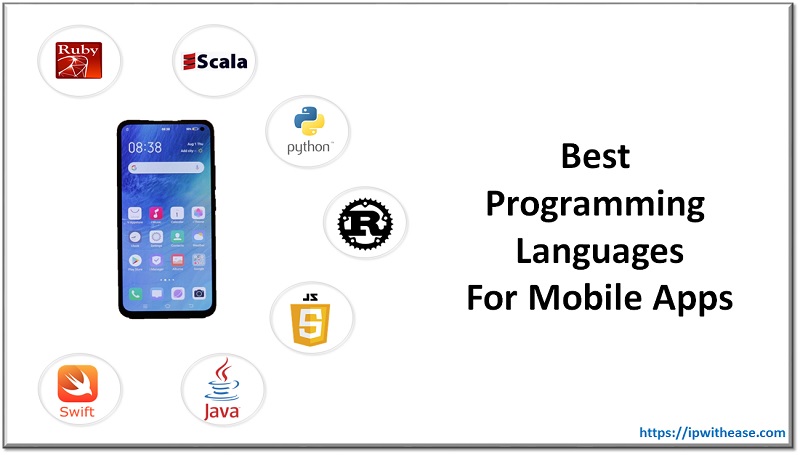 Needless to say that the programming industry has been developing with impressive speed for years. People enter the programming world because it is prestigious, promising, and well-paid. However, since there are dozens of branches and languages to use, how to decide which one is the best for you?

Well, it depends on your preferences and many more factors that determine what you are up to. If your interests correlate with this article, you are highly encouraged to read it to know the most potent programming languages. Knowing some of them will make you a valuable asset to the team.

We live in a fast-changing society, and people have to adjust to it, picking up handy skills. And the ability to create applications is among them. Programming is in-demand these days. It simplifies our lives in different terms. Whatever aspect you take, programming is there.

It is good to know widely used languages to be a competent professional. And you don’t have to obtain a relevant degree to apply for a job. Many corporations hire amateurs if they see their potential. Still, a degree is a useful token showing that you had intentions to become a programmer a long time ago. So, if you started doing a programming degree, make sure to finish it, and this programming homework help will be of an excellent assistant.

You may get confused with the number of programming languages existing these days. Each of them is used for different purposes. Nonetheless, if you want to enter the mobile app developing world, pay close attention to the following list.

Python is the most popular language these days. And it comes as no surprise because Python offers a beautiful interface, a simple structure, and extraordinary user-friendliness. Not only will you be able to create mobile applications when using Python, but also you might create desktop GUIs, analyze various data, and even delve into Natural Language Processing! Python is arguably the most taught language in educational institutions. More colleges switch to teaching Python because it is almost effortless to learn!

Even if you are not a student, you can learn the ropes of Python online. There are thousands of guides on how to learn this language. You don’t have to pay for courses and hire tutors to understand Python. Keep in mind that although Python is the easiest language, it plays a pivotal role in developing such applications as YouTube, Instagram, Quora, Spotify, and games like Battlefield and World of Tanks.

If you are up for challenges, JavaScript is definitely for you. Being one of the most complicated languages, it is also one of the founding fathers of programming. JavaScript appeared dozens of years ago. Nonetheless, it is updated continuously, and many novel features make JavaScript a more preferred language day by day.

Whatever gadgets and apps people use—be they PCs, smartphones, laptops, or tablets—they rely on JavaScript. The language works within different platforms. You don’t have to adjust the code to different systems to make it work because JavaScript does it for you and makes the application compatible with Android and iOS.

If you have a UNIX-based system and want to use it for developing purposes, Rust is the best option. The language is maintained by Mozilla. The same as the browser itself, Rust is famous for its code protection and overall safety. It is a practical language that firmly holds its position among the best programming tools for developing applications.

The language is also known for its smooth integrity with other systems; Rust establishes efficient boundaries to prevent unexpected errors when working with adjacent systems. Also, Rust is mostly valuable for its efficient scanning for errors. Thanks to Rust, developers can catch bugs during the early stage and write flawless code.

Scala has recently appeared in the programming industry, and its success is hard to overestimate. Scala is an object-oriented language that prioritizes functional programming and problem-solving Java can hardly deal with.

Moreover, Scala uses and changes information with Java to boost efficiency. The language is relatively hard to learn, so ensure selecting it if you already have app development experience.

Ruby is a dark horse in the app developing industry. Scarcely is it picked by people who want to create applications. However, the benefits of using Ruby are evident.

First and foremost, over 4 million active developers use Ruby to coin apps. This makes Ruby the top-three language after Python and JavaScript. Secondly, it has collected all the best attributes from substantial languages like Ada and Perl. Thirdly, Ruby is flexible, and it allows programmers to work with a number of paradigms.

If creating apps for Apple devices is your goal, Swift is the best language for your intentions. You can use it to develop programs for iOS. Experts claim Swift to be simple and rapid, which is an excellent substitute for the previous Objective. And even though it is primarily used for coining apps for iOS, people use it on Linux. The outcomes of using Swift on Linux are impressive and promising.

In turn, if you feel like working more with Android systems, hardly can Java be replaced by any other language. Java is a versatile, object-oriented programming language. It enables people to work by using or not using a browser.

Thanks to Java, many apps have come to life. And even though Java is not for iOS developers, it is still beneficial when creating cross-platform programs and testing them. Aside from using Java to develop mobile apps, the language also focuses on creating games, web pages, and many more.

The mentioned list comprises the best programming languages developers utilize to build applications. There is no need to compare them, as each and every language is unique and has its quirks and advantages over others.

It is only you who choose which programming language is the best for your purposes. Undoubtedly, if you focus on iOS, Swift will be much more useful compared to Java. In turn, if Android is your beloved system, Java will arguably be the best option. Either way, good luck with this thorny, sometimes overwhelming, yet stunning and reputable craft!